The earliest designs of the Clipper from the 1930s already boast of the most advanced heat insulation and ventilation systems. In addition to electric lights, Airstreams even came with their own dry-ice air conditioning system.

Structural member of the trailer body being wired 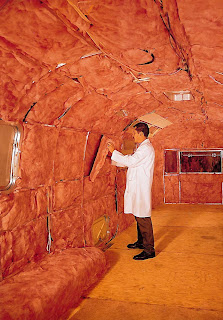 Fitting the insulation into the walls

The central door of the Clipper has a part that can be opened to turn the door into a screen for added ventilation. Instead of nails and screws which might dislodge overtime from excessive road wear, each Clipper is constructed with thousands of rivets. Each rivet alone requires two skilled mechanics to drive into the Clipper's body. One can only imagine how much time and effort was required for the completion of each trailer.

In essence, every square inch of the Airstream Clipper was designed for a functional purpose.
Posted by SHIN HANG CHIU at 14:02 1 comment:

"Let's not make any changes - let's make only improvements"

Over the years, Wally Byam adopted this phrase as the motto for his Airstream Company. As demonstrated by the iconic silver aluminum of the Clipper's exterior shell, Wally made changes to his designs only when he found it absolutely beneficial to the function of the trailer. Consequently, the aesthetics of the trailer underwent minimal changes over the course of its lifetime. Five major body changes later, the aluminum shell of the first 1936 Clipper is still on the roads.

Just as Wally Byam wished, the company made nothing but improvements. Wally's experience in aircraft during the war led to the development of the dura-torque axle running gear. Its installation in the trailer eliminated 148 extraneous parts, absorbed bumps, and reduced slipping and side-sway. Additionally, it increased ground clearance by 8 inches and minimized the need to lubricate the axle assembly. Before 1957, the Clipper had 13 metal sections on either ends. In more recent designs, the sections were widened, reducing their number to just 7. By flattening the underside of the belly, Wally also reduced the Clipper's wind resistance. He also installed an 18 by 40 inch window at the back of the trailer in case the side door was jammed. 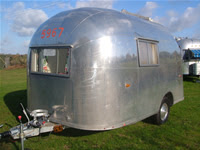 1957 Airstream Clipper with the rear-window


Throughout his career, Wally Byam scoured the world for new inventions and innovations that would improve the functionality and livability of the Airstream Clipper. Things as small as door hinges and as large as toilets, hot water heaters, and porcelain sinks were all on Wally's agenda. If Wally were still alive, much of his time would undoubtedly be spent in the aisles of Home Depot, searching for any small piece that might improve the Airstream. After a visit to Europe, Wally Byam found a heating system that provided radiant heat without taking up much space. He borrowed the idea to create his own heating system, which he later renamed the Byam Burner. In France, he found a compact refrigerator which replaced the inefficient ice-boxes that were once found in the early Clippers. Hot water systems and steam-pressured flush toilets are just a few of the other things that Wally brought to the Airstream over the years.

"Let's not make any changes -  let's make only improvements."
Posted by SHIN HANG CHIU at 13:41 2 comments: 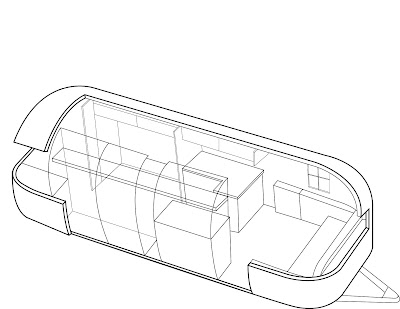 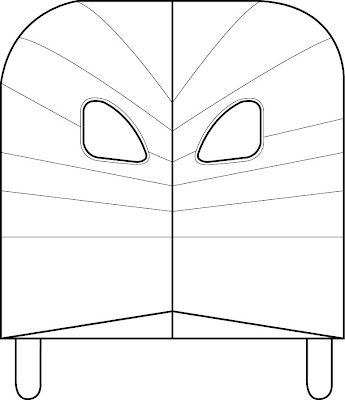